Millions of American love the Civil War. Last summer I began work on “American Iliad,” a new regular column in The Civil War Monitor that examines one of the major reasons that they do. Some episodes from the conflict are so compelling that readers know them by heart. These episodes transcend mere history because human beings are story-telling creatures who make sense of the world through stories. They have an out-sized importance because they reveal what we want to believe, not just about the nature of the war, but also about the nature of life. Just as the ancient Greeks conveyed profound truths about the human condition through myth, so too does our national myth, the American Iliad. Each column explores a classic story from this myth and discusses the reason it continues to exert such a powerful grip on our imagination. 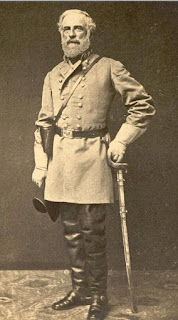 Coined by the popular historian Otto Eisenschiml in 1947, the term “American Iliad” brilliantly captures the essence of so many Americans’ passion for the Civil War. A man once told me, in complete seriousness, that the story of the war was his religion. And while a conflict that killed over 2 percent of our country’s population may not be the best thing to construct an entire worldview around, it is probably not the worst thing, either. Abraham Lincoln’s magnanimity, Ulysses S. Grant’s perseverance in the face of all obstacles, and Robert E. Lee’s grace in defeat all provide strong life lessons. Although it is plainly exceptional to regard the Civil War a religion, it is obvious that the Civil War routinely functions as a national myth, a way to understand ourselves as Americans. And like the classic mythologies of old, it contains timeless wisdom of what it means to be a human being. Homer’s Iliad tells us much about war, but it also tells us much about life. The American Iliad does the same thing.

Foundational to the American Iliad is the conviction that the conflict was not a struggle between darkness and light, freedom and tyranny, but rather between two sides, equally gallant, committed to different but morally equivalent visions of the American republic, and therefore caught up in a tragedy larger than themselves, “a war of brothers.”

In his Pulitzer Prize-winning novel The Killer Angels, arguably one of the most influential modern re-tellings of this Iliad, Michael Shaara has Confederate general James Longstreet muse, “The war had come as a nightmare in which you chose your nightmare side.” Robert E. Lee provides the most prominent example of a soldier forced to make this choice. With the exception of Lincoln, Lee is perhaps the foremost protagonist in the American Iliad’s pantheon. In mythic terms he is the ideal man, the perfect warrior, the flawless gentleman—“the Christlike Lee,” as historian Kenneth Stampp once put it. On the eve of the war he is a full colonel, so obviously gifted that Lincoln offers him command of the armies that must extinguish the rebellion should war break out. Lee declines. Despite a lifetime’s service to the United States—and despite telling his siblings that “I recognize no necessity for this [rebellion]”—he feels honor-bound to resign from the U.S. Army when Virginia, his homeland, secedes. “Save in defense of my native State,” he says, “I have no desire ever again to draw my sword.” But of course he must defend his native state. Thus it is the protection of hearth and home, not the abstract principle of states’ rights and certainly not the preservation of slavery, which governs his decision. “I did only what my duty demanded,” he would write in 1868. “I could have taken no other course without dishonor. And if it all were to be done over again, I should act in precisely the same manner.”  Historian Alan Nolan once questioned whether Lee’s fateful choice to draw his sword against the United States was as ethical as the great captain maintained. But the American Iliad is emphatic that it was indeed Lee’s only path.

Lee’s decision provides the opening of the American Iliad, for, like Homer’s Iliad, this Iliad begins with the war underway. It is the first iconic episode, by which I mean an episode that Civil War buffs know by heart. A typical buff can take you step by step through the three days of Gettysburg but generally knows far less detail about the origins of the conflict.  Instead they have rather vague ideas that the South left the Union in defense of states’ rights against a government that embodied centralized political power, or that the war pitted the agrarian South against the industrial North; or even that it was a cultural clash between a supposedly Celtic South against a supposedly Anglo North. These explanations are nearly always asserted, not argued. They function simply to push the sordid political details (particularly the defense of slavery) out of the picture and just get on with the almost purely military story, for the American Iliad is all about generals, soldiers, and battles. The war, in mythic terms, is not “a continuation of politics,” to use the famous definition of war espoused by the Prussian military theorist Carl von Clausewitz. It’s not a continuation of anything. It’s just there.

And thus Lee is helplessly in the grip of something that resembles a natural disaster more than a human-created event. The war forces upon him a choice that is no choice at all, for his honor and integrity require that he serve the Confederacy. And in mythic imagination, Lee’s decision symbolizes the honor and integrity of every one of the 800,000 southern men who take up arms not from any political ideology, but rather because they must protect their families, their neighbors, their homeland.
Posted by Mark Grimsley at 5:00 AM